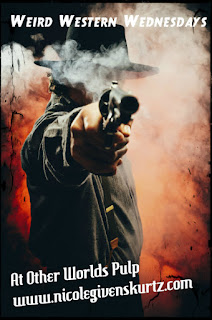 Today I am guest blogging at
I am participating in Nicole Givens Kurtz’s Weird Western Wednesdays!
My guest blog post appears on her blog, Pulp Reports, which can be found on her website, Other Worlds Pulp (http://www.nicolegivenskurtz.com).


I remember the first story that devastated me: it was a fairy tale and it was Hans Christian Anderson’s “The Little Mermaid.” A sad work quite unlike the happy Disney film version, it taught me the world was unfair, that a kind-hearted person could work hard for a particular and peculiar heart-loved treasure and yet not receive it. It was not merely the simple act of not receiving the treasure that bothered my tween heart but the fact that the treasure had been stolen, willfully, cunningly, and by someone with a rationalizing conscience. The Little Mermaid had saved the prince from drowning. The Little Mermaid had given up much in order to win the human prince. Therefore the Little Mermaid should –if life were fair—win the prince of her heart. But she had not.

The second story to bother – but not truly devastate-- me was the film “High Noon” with Gary Cooper. The hero was loved by two women. One pale and blonde. The other dark and foreign…and somehow “used” or “damaged goods.”

I have always loved and hated Westerns. To me there is no difference between a cowboy with a rifle and a warrior with a sword, lance, or quiver. They are often both on quests, they have a right to wrong, they follow the rules and laws of their times, they exist in a solitary –often desolate—landscape. Trouble was, westerns were often upsetting me because of the way they treated minority characters.

So, as I watched “High Noon,” I could not see what all was so bad about the Spanish spitfire. She was quite noble, trustworthy, and honest, and she loved the hero. Except that there was that taint of being the other and somehow not being worthy enough. Like the Little Mermaid, she lost her love as well. I suppose I’ve always been more interested in stories when a love story and an underdog were involved. And, like all little minority kids who watched TV in the nineteen-seventies, I developed the art of mentally adapting the story being told on the big screen. It seemed perfectly clear to me that Romeo and Juliet were about two lovers from different religions, and that Hamlet’s love Ophelia was black. That is how we heal ourselves.

Later, when I found out that Hans Christian Anderson had written “The Little Mermaid” in order to tell the real-life story about a Jewish girl’s unrequited love for a Christian boy, I understood why stories about the rejected, the unseen, the wounded “other” meant so much to me and why I simultaneously loved and hated westerns.

Weird Westerns are not my favorite genre but they are in the top ten of my faves. Probably just after wounded warrior fantasies. Why? Because they combine my love of heroes with my love of the fantastic. And when the story is multicultural, all things come together to make the world right again. If not for the Little Mermaid, then at least for me.

I said earlier that The Little Mermaid devastated me. There are two genres of devastating stories: those that clearly open a child’s eyes to the fact that the world is unfair, and those that utterly disregard some aspect of the child, such as race or disability. “The Little Mermaid” may have been a fairytale but it is inherently true. “High Noon” is about reality but it is not only true but cruel. Why? Because it is part of a canon that excludes. That is the worse kind of canon. I think stories help to set the world right. They either set the world right by not consciously –or unconsciously—ignoring certain aspects of humanity – such as race and disability. Or they set the world right by warning us about the evils in the world. In that way, stories point to the obstacles we may encounter in our path. I hope the stories in this anthology will help light and right the way. 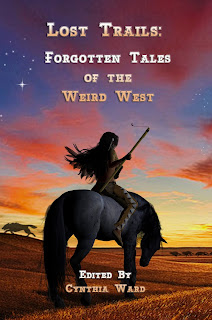 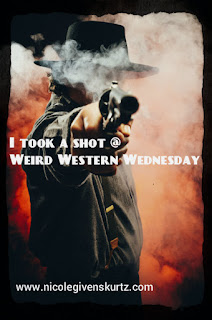 Posted by Carole McDonnell at 1:00 AM