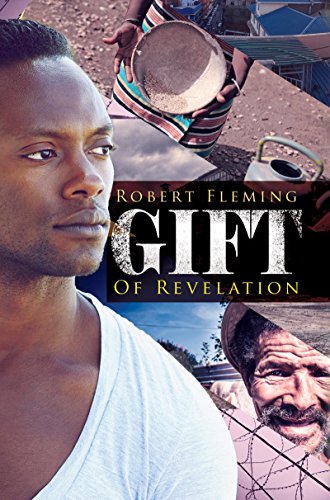 In this third installment of the Gift series, Reverend Clint and Addie
are finally settling down in Harlem following their Alabama adventure, during which they help black farmers. Addie, a former schoolteacher, loves New York City, with its glittering tourist sites. When she meets Dr. Bentley Gomes, a missionary just back from Africa, she is alarmed to learn of the worsening human rights crisis in Sudan. Addie is intrigued by the need for volunteers to aid those caught in the bloody war in this region. Meanwhile, Reverend Clint encounters African refugees, and their stories of suffering and pain tug at his soul.

Before Reverend Clint realizes what is going on, Addie volunteers to go to Sudan. The pastor follows her on this unforgettable journey of discovery and revelation, into the dangerous region, where they confront famine, violence, and religious persecution. As Addie plunges into this hell, she wants Reverend Clint to make a lasting commitment to her. She wants something solid but wonders if they'll make it out alive. Will the Sudan adventure transform their admiration for each other into fully realized love? Or will Sudan, with its violent extremists, corrupt politicians, heroic doctors, and long-suffering refugees, derail them from intimacy and trust?

Christian Books that are written by Black American Christians often deal with subjects that white Christian Americans rarely touch upon.  In addition, many Christian books written about country folk often depict rural America as a kind of pure Eden. In Gift of Hope, Robert Fleming shone his passionate and honest spotlight on racism in southern Christian America. Now the third installment of his series is more concerned with more global issues and often with Africa, the Black diaspora, racial and clan wars, and with inter-tribal, inter-clan African warfare.

The book is informative, well-researched and searingly honest. Which is a good and a bad thing. Mr Fleming, a well-known journalist and author, wants to put so much of his heart and passions into the novel that the book often comes off like a thinly-veiled journalistic article.  His skills at writing horror are well used here as he writes about the horrors of war in Africa.

The main character, Reverend Clint, is a sympathetic character in the way most Christian fiction protagonists are sympathetic. And while the writer does lay it on thick that the main character has suffered, Reverend Clint is shown to be such a holy sufferer that he almost feels like a symbol instead of like a living breathing person. The same can be said for Addie, his love interest, who seems like a manic pixie dream girl wish fulfillment character. I know the character is still recovering from his wife's suicide and her murder of their children but I don't feel the suffering or the recovery. We are told repeatedly that his experience with his now-deceased crazy wife has damaged him, but we rarely see him missing or grieving for his kids. It makes me feel as if the writer didn't mine the personal aspects of the situation portrayed in the story. I found myself wondering if the story would have felt more real to me if the writer had simply made the wife kill herself and not the kids as well.

The main thrust of the novel feels less personal and intimate. For the first parts of the novel, the main characters are hearing a lot about Sudan and the hearts of the main characters seem somehow distanced from the reader even though the author keeps telling us about their hearts. Fleming's depiction of the violence and the disturbing images the protagonist sees feels realistic, but the depiction of the hero's suffering feels unrealistic here in the third installment as it did in the first two books of the series. There are moments when characters will suddenly start discussing religion, race, religious wars, and journalism that feel wedged in. I've read several of his novels and he truly is a good writer but his transition to Christian novel writing is still ongoing.

Christian fiction is stagnant in many ways and Fleming is taking it into new territories. Having read his excellent serial killer novel, Havoc After Dark,and knowing the skill of his horror collection Evil Never Sleeps I would like to see him tackle a Christian urban horror novel. Fleming has changed Christian fiction by giving us realistic books about racism and war and I believe he is that author who is able to merge his horror talents with Christian fiction.

Three out of five stars. Recommended for church groups that may want to discuss African warfare.

Robert Fleming, a freelance journalist and reviewer, formerly worked as an award-winning reporter for the New York Daily News, earning several honors including a New York Press Club award and a Revson Fellowship. His articles have appeared in publications including Essence, Black Enterprise, U.S. News & World Report, Omni, The Washington Post, Publishers Weekly, and The New York Times. His non-fiction books include Rescuing A Neighborhood: The Bedford-Stuyvesant Volunteer Ambulance Corps, The Success of Caroline Jones, Inc., The Wisdom of the Elders, The African American Writer’s Handbook, Free Jazz, Rasta, Babylon, Jamming: The Music and Culture of Roots Reggae. His fiction titles include Fever in The Blood, Havoc After Dark, Gift of Faith, Gift of Truth, and Gift of Revelation. He edited the popular anthologies After Hours and Intimacy. He has taught journalism, literacy, and film writing at Columbia University, Marist College, City University of New York, and The New School.

Posted by Carole McDonnell at 1:04 PM