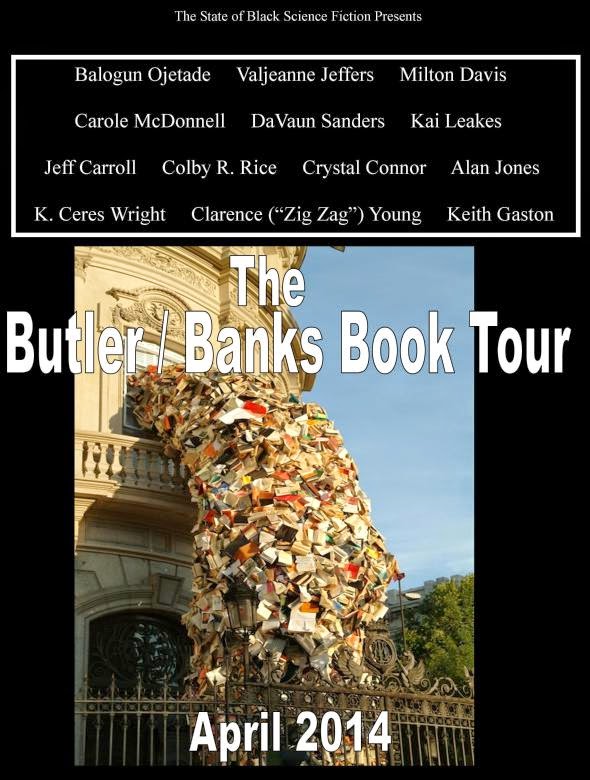 The tour kicks off with Colby R Rice:

This is her book page on amazon

For over one hundred years the Civic Order and the Alchemic Order have held a shaky truce, peppered by violence and mistrust. But when Koa, a Civilian-born insurgency, bombs an Alchemist summit, the truce is shattered. Now, Koa is rising. War is coming. And all sixteen-year-old Zeika Anon can do is keep moving as she watches the lords of alchemy slowly overtake her home.
But when clashes between Koa and the Alchemic Order put a final, deadly squeeze on the remaining Civilian territories, Zeika finds herself in the crosshairs of fate. She must walk the line between survival and rebellion against the Alchemists. On one side of the line awaits death. On the other, the betrayal of her civilization, her loyalties, and herself. --- GHOSTS OF KOA is a fast-paced, post-apocalyptic survival tale, set in the streets of a dying city that has been crushed by alchemic law. Layered with the elements of gritty crime drama, dark urban fantasy, hard sci-fi, and horror, GHOSTS OF KOA is a wild ride to the end of a young girl's sanity as she struggles with an impossible choice: to keep one step ahead of a war... or to be consumed by it.

About the Author:
Sci-fi, Fantasy, & Thriller Novelist. Screenwriter. Film Producer. Globetrotter. Action Junkie. Rebel Ragdoll.
A shameless nerd and bookworm since the age of five, Colby R Rice is the author of Ghosts of Koa, the first novel in The Books of Ezekiel, a dystopian-urban fantasy decalogy. She was an Air Force BRAT born in Bitburg Rheinland-Pfalz, Germany and came to the States at the age of one. Colby bounced around a lot, but finally settled in Los Angeles, where she could at last deal with her addictions to creative entrepreneurship, motorcycles, and traveling.
Now, armed with a mound of animal crackers and gallons of Coca-Cola, Colby takes on fiction writing in a fight to the death!
Current projects include: the second novel in the Books of Ezekiel series, the first novel in a middle grade SFF detective series, the first novel in an adult sci-fi thriller series, development of her first sci-fi thriller film, and the growth of her production house, Rebel Ragdoll. Stay tuned at www.colbyrrice.com! ;-)


Find out about Colby Rice here:
This tour is dedicated to the memory and hard work done by these two writers:  L A Banks and Octavia Butler. 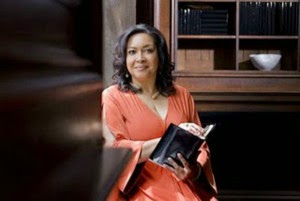 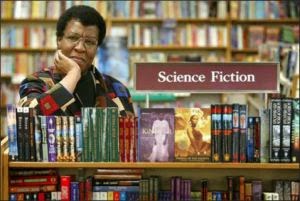 Posted by Carole McDonnell at 10:33 AM