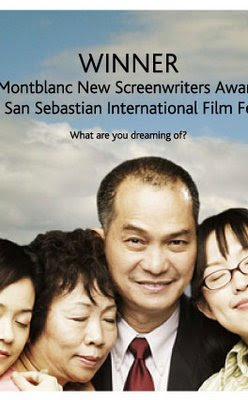 Well, I've been watching some foreign films lately on LinkTV, a kind of global channel. I just love movies a lot so it doesn' t matter what country they're from. Saw two films which gave two different takes on mammon. One was called Singapore Dreaming and it was basically about debt and how the rush for money and the need for money have just become the center of the lives of middle class folks. 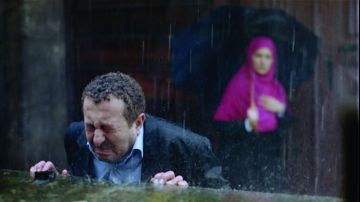 The other film is called Takva and it's Turkish. It's about a lowly man who becomes the bookkeeper for a mosque and its rich sheikh. It kinda picks on fundamentalists who mix capitalism and spirituality. The specific religion here is Islam but it could be any religion. It shows the spirituality of Islam, that the people are always praying, that they mention God in all their conversations. Hey, religious people are alike...uh? Sometimes when I listen to the conversation I have with some of my friends (Christian or Buddhist or Muslim) I think, "Wow, secular people will think we're so odd." But it's par for the course. I mean, a film that deals with real religious people would have folks like us mentioning spirituality all the time...God in one breath, cookies, in another, weird husbands, in the next, God in the next, movies in the other. But it's a different kind of normalcy that Americans aren't used to. But everywhere in Takva people talk about Allah as par for the course.

I can't remember the last American film I saw where greed and money were shown as so powerful and so pervasive. When American films talk about greed, they kinda single out a specific bad guy, but not about an entire generation (as in Singapore Dreaming) or about a good man slowly going bad.

We are a wealthy people and probably quite addicted to mammon but since we don't really want to examine it -- the business of america is business-- most of our art forms don't examine it. I mean...there's a book genre in Japan called the Business Novel. No such genre in the US.
Posted by Carole McDonnell at 7:11 AM