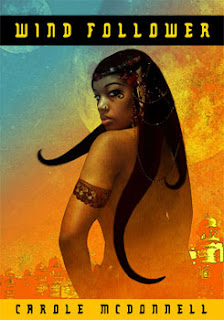 Someone reviewing my book stated that a fantasy story about a man in search of his lost stolen wife is old hat. Perhaps, but for me it isn't. He might think the trope of honorable men a bit old because there are countless stories about honorable white men in search of their lost white wives or beloveds. But in the west, there are few stories about black men searching for black wives or white men searching for black wives, or Asian men searching for their black wives. Heck, black women are rarely sought for. Which is kind weird considering A) the amount of black women who were stolen and raped by white slave owners in American history and B) the number of black women and young girls who go missing in contemporary times.

Really, just because white folks have had a chance to be heroes and heroines in a particular situation, does that mean minorities should simply bypass that aspect of our literary existence? Is what's old to the white world also supposed to be old to the minority world?

Heck, just because a white feminist is tired of men holding doors for them and helping them out of cars, should Black women be tired of such tropes as well? Heck, white women's vaginas  -- in literature and in society-- have been put on pedestals! Latino women's vaginas have been relegated to the exotic or fiery pedestals. But Black women have been shown as ugly, or in need of societal pity/help, or sexually-loose... and we didn't have any literature showing our vaginas as worthy of pedestals....or worthy to be searched for and honored.

Then there was Neth. (Yeah, I'm still annoyed with the Neth review of Wind Follower.) He said nothing happened in the first 200 pages of my novel. For him -- a white man without heart and totally into his own cultural need for battles-- nothing happened. But for Black women that was the heart of the story: an interracial romance with a dark-skinned well-loved black woman was shown before their eyes.  For a Christian Black woman who likes romance, much happened. Because in Christian romance novels, we had a noble black woman oppressed by white Christian imperialism. (Not something one finds in Christian stories) And in for Black fantasy-lovers, we are given a view  (as John Ottinger says in his review -->) of a medieval Black/multicultural society. We are given sword and soul, according to Charles Saunders...instead of the usual impoverished Black culture which White Americans (Christian or not) assume about Africa.  We are given a great novel according to Chris Howard on Stuff as Dreams are Made On.